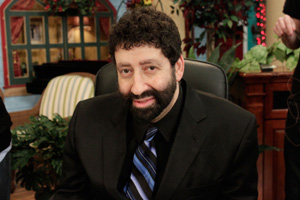 THE STRANGE MORPHING OF SUPERMAN

Word for the Month of May

Shalom, to you my Friend and Co-Minister in the Great Commission…

It was the late 1930s. America was still in the grip of the Great Depression and in Europe the rise of Nazism and Fascism were posing an increasing threat to the world order. It was at that time that two Jewish high school students from Cleveland, Ohio came up with the idea of an American superhero to be known as Superman. Superman was always saturated with the Jewish identity of his creator. From his Hebrew name Kal El, to his alien status, and to his mission to defend the weak. He was a modern manifestation of the Jewish longing for the Messiah. Superman soon became the representation and embodiment of America itself. Indeed, Superman's mission was to fight for truth, justice, and the American way. It's his role as a symbol and personification of America that interests us here. In the last few years we have witnessed a growing movement aimed at overturning, nullifying, and warring against what has been known as the American way. It could be seen in the calls for the tearing down of statues of the nation's founders and heroes - and their outright destruction. It can be seen in the propagation of the 1619 project and Critical Race Theory which views America as a largely malignant and an oppressive force that must be undone. It can be seen as well in the burning of flags, the spurning of the national anthem, and in countless other ways. And now, DC comics, has announced that Superman will no longer be fighting for truth, justice, and the American way, but truth, justice, and "a better tomorrow." The personification of America is no longer in favor of the American way. In this, Superman still embodies America, but now an America at war against itself. But it goes deeper than the American way. For preeminent among the values long associated with America was that of the Judeo-Christian faith. And that leads to the other recent metamorphosis of the American icon. DC comics also recently announced that the new Superman would be homosexual. They announced the news on "National Coming Out Day." As a teaser, they showed a picture of Superman with a male, mouth-locked in sexual foreplay. The idea of DC comics introducing a homosexual Superman would have been unimaginable even a few years back, and to previous generations, something out of a twisted and apocalyptic fantasy. But that is where we now are - the end times. And if America is decaying, in spiritual and moral free-fall - then, apparently, so must Superman, the icon that represents it. Let the metamorphosis of Superman serve as a reminder, that we are not home, that our hope is not in a nation, or in a man and his myths. But our hope is in the Living God, who changes not and in the One infinitely better than Superman, Messiah, the Light of the world and the only hope America has. And let us all more boldly shine His light into this present darkness. And May God greatly bless you this month as you do!

Your brother and co-laborer

in His love and service,